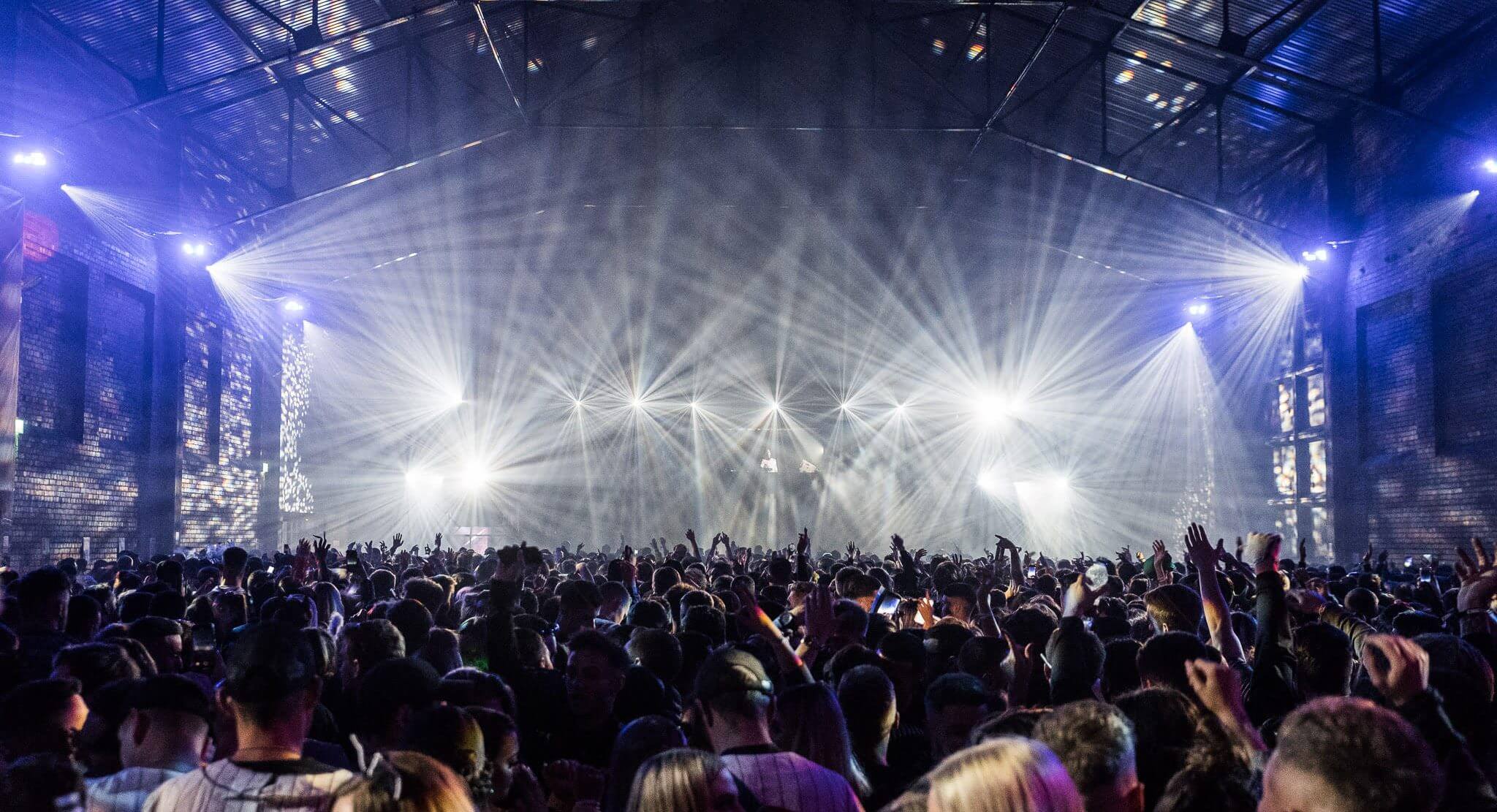 We’re thrilled to reveal that world-renowned club night and record label, Circus, has chosen egPay as its cashless payment provider for its warehouse shows. The deal, which saw the award-winning cashless POS used for the house and techno music brand’s Halloween blowout and again at their Area 10 show at the start of December 2018, continues when Circus welcomes Elrow back to Liverpool at the 3,000 capacity Bramley Moore Dock warehouse. By using Event Genius Pay, Circus offered fans who had bought a ticket for their events the chance to pre-purchase credits via the web. On arrival, these credits were then loaded onto an RFID enabled wristband, which they received in exchange for their ticket, that could be used to buy drink, food and merchandise with a quick tap at at the venue’s bars or vendors.

“We wanted to make sure that our fans were having the best possible time and increase our event efficiency so we felt that cashless would help,” said Yousef Zaher, Liverpudlian DJ/Producer and co-founder of Circus. “Once a fan gets hold of their wristband and buys their first drink, it just clicks, service speeds up and they get to spend more time enjoying the music instead of waiting at the bar.” This focus on fans has been key to Circus since its formation in 2002 and has won them many accolades, including BBC’s UK ‘Club Of The Year’ award and Mixmag’s ‘Number One’ night, and their use of Event Genius Pay is a testament to their continued pursuit of party perfection. “Circus never stands still, but going cashless was a big leap that we wouldn’t have taken with just anyone, “ said Niamh McGoldrick, Business Manager at Circus. “The team at Event Genius have been serving the nation’s club scene for years and, having worked with them in the past, we knew we could trust them to make the transition to cashless as smooth as possible.” If you’d like to find out more about how our cashless solution can improve your clubbing event or festival, then please get in touch and one of our team will be happy to help.