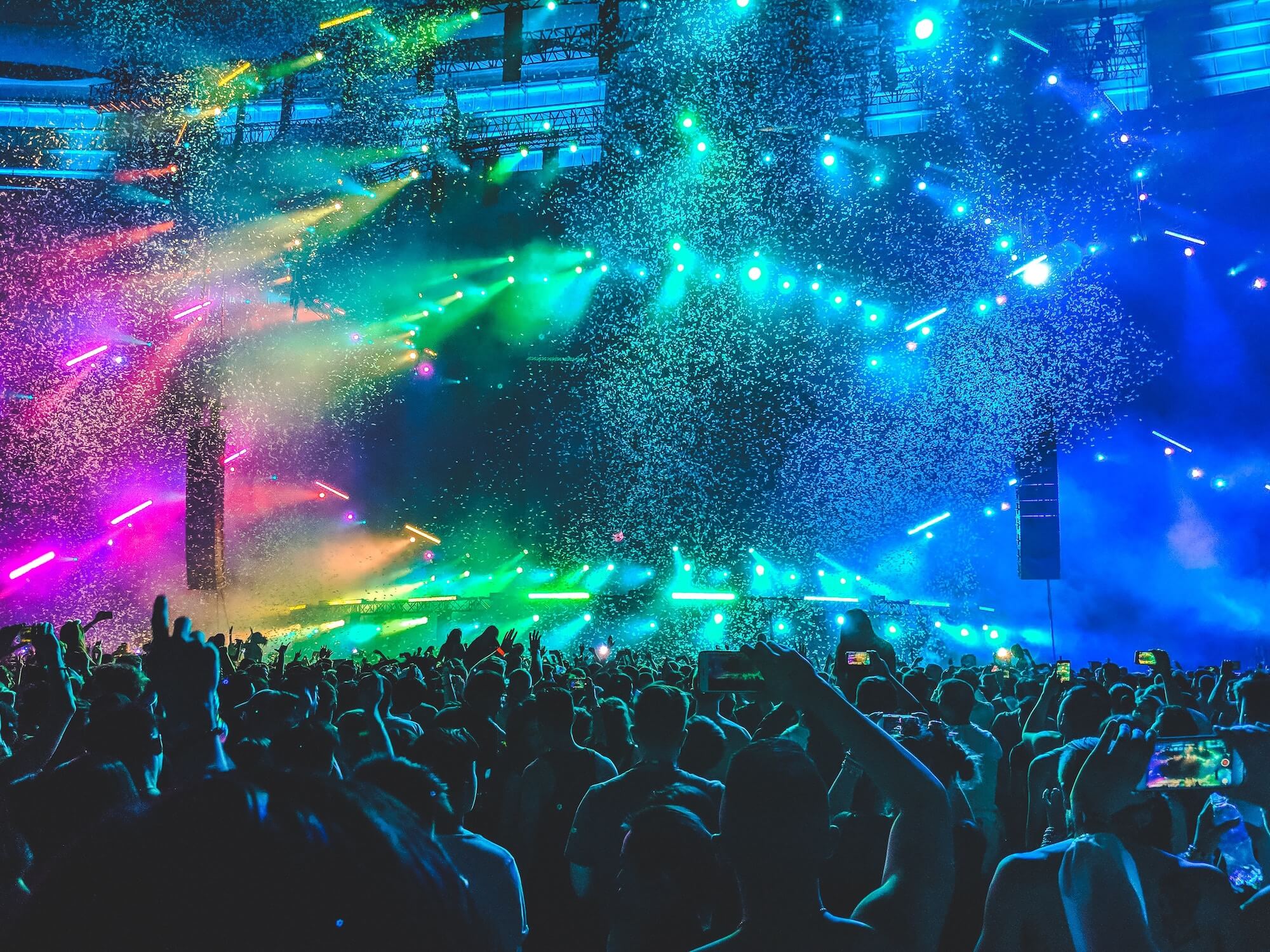 As another year draws to a close, the festive spirit is alive and well in the Event Genius office. We’ve got the naff Christmas tunes on the stereo, everyone is fretting about what to buy their Secret Santa and we’ve had the odd restorative mince pie and glass of prosecco to keep us fuelled for what is bound to be a busy New Year’s Eve.In among all the festive fun, our teams have been reflecting on what has been a pretty incredible year servicing events and decided to pull together this month by month breakdown of the innovative new technology, milestones and events that we’re proud to have delivered in 2018.‍January

We kicked off the new year in style with the addition of ‘Auto On Sale’ functionality to the Event Genius platform. The frequently requested feature allows promoters to build multiple ticket tiers and schedule them to go on sale automatically after a pre-determined percentage of tickets have sold, thus never leaving an event with tickets unavailable. Read more.‍February‍Just a month after launching on Reviews.co.uk, our consumer-facing marketplace, ticketarena.co.uk earned a whopping 92% rating from fans, a rating that has since improved to 93% after 5,000+ reviews.  Read more.‍March‍After an exhaustive talent search across the globe, we were delighted to appoint Lauren Lytle as our new Head of Technical Operations. An industry expert in RFID and cashless services who has worked with some of the biggest stateside festival brands including Coachella, X Games Los Angeles and Bonnaroo Music + Arts Festival, Lauren moved from Texas to lead the expansion of our Event Genius Pay services in the UK and other markets. Read more.‍April

This was a special month for the team! At a ceremony held at the Emirates Old Trafford, our cashless POS, Event Genius Pay won the Product Innovation category at the prestigious Ticketing Business Awards. Read more.‍May‍At the end of spring, months of our hard work, research and development culminated in the delivery of two major milestones. The first was the launch of our mobile-friendly Reserved Seating feature which was used for the first time by our client’s Ibiza Rocks to sell tickets to their summer events. This was swiftly followed by updates to our internal processes and online tools in response to the European Union’s now infamous new General Data Protection Regulation (GDPR), which became an enforceable piece of legislation on 25th May. If you’re still unsure of what the changes might mean for you, we pulled together a handy GDPR information guide to help. Read more.‍June‍After sending out the questionnaires earlier in the year, we were delighted to share the results of our 2018 client survey with you in June. Not only did the results show a high level of client satisfaction in our tools and services, but your feedback also helped us to prioritise our development roadmap for the next 18 months. Speaking of developments, in June our team also confirmed that they made our systems even smarter with the launch of a new Artist and Venue API onto the Event Genius platform. Read more.‍July

Throughout a busy summer of cashless events, we took the time to record some videos of the award-winning service in action. You can see them all over at our YouTube channel, but here is one we recorded at El Dorado Festival which we released at the start of July.

August‍Following our award win in April, a summer of recording a host of new product videos at festivals across Europe and a heap of improvements and refinements to the solution, we had so much more to say about Event Genius Pay that we launched a brand new product page! Read more.‍September‍After the summer, we took a little time to crunch some of the numbers for the first-ever cashless festival to be held in Northern Ireland, where Event Genius Pay helped the experienced organisers of Jika Jika Festival attain a 23% increase in revenue! Read more.‍October

Another month, another superb new feature was released onto our systems by our talented developers. This time they released a significant upgrade to our online checkouts, that improved speeds, added Apple Pay and Google Pay and improved conversion rates. Read more.November‍As autumn drew to a close, we were delighted to be able to share another huge cashless success story with the events industry, covered in the industry press by the likes of IQ Magazine, Access All Areas, PollStar and more, was the news that in just two years using Event Genius Pay, our client Cocoon In The Park increased their revenues by a whopping 39%! Read more.‍December‍As the year winds down, our development team remain busy adding as many improvements to our systems as possible. The latest being an upgrade to the quality of reporting metrics we provide to our clients, adding summary tables that show the web performance (total visits, conversation rate and more) for each of their events and companies added to the Event Genius platform. Read more.‍Phew, what a year! If you want to keep up to date with the latest news as it happens, please subscribe to our mailing list in the footer on this page below.